Is Reflexology the Same as Regular Massage

Reflexology can be categorized as a form of massage that requires application of pressure to the ears, hands and feet. It borrows from the theory that these parts of the body are connected to certain organs which help balance the nervous system and stimulate endorphins. This is why it’s believed that reflexology offers many health benefits.

What Has Reflexology Helped With

A 2017 study provides evidence that reflexology has helped people with stress and anxiety who were about to undergo coronary angiography and general mood disorders. It has alleviated pain by uplifting overall emotional wellbeing.

In the 1890s, scientists found that the body’s nerves were connected to our skin and internal organs. The nervous system responded to external factors like touch. A reflexologist’s touch could help calm the central nervous system.

Apart from these benefits, people have reported that taking reflexology sessions also helped deal with existing medical problems. Here are some instances how it helped.

What The Research Tells About:

Even though there’s little scientific evidence that reflexology has helped cure medical diseases, there’s considerable proof of its effectiveness for supporting the recovery process.

A study conducted in 2011 by the National Cancer Institute examined the effects of reflexology on patients of breast cancer. All of these patients were under treatment for chemotherapy and took reflexology sessions to help see the benefits.

Reports suggested that reflexology helped women with shortness of breath and overall wellbeing. However, it didn’t have a noticeable impact on pain.

Another study on the effects of reflexology on premenstrual syndrome (PMS) showed that it helped reduce symptoms of PMS significantly.  All 35 female participants showed considerable improvement during their premenstrual period after 2 months of treatment. 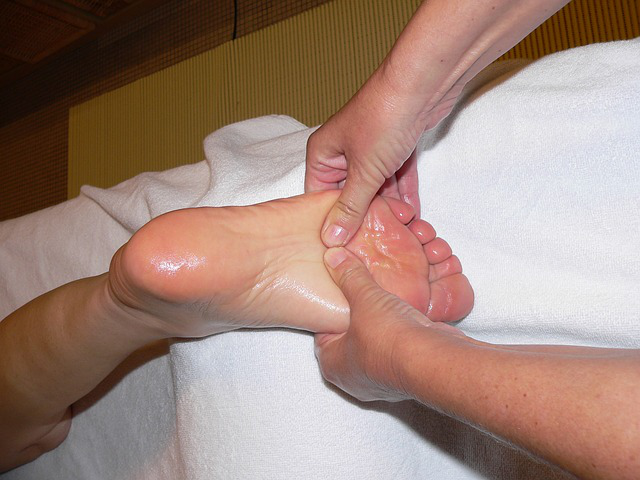 Studies have also been conducted to see if reflexology has an impact on people with anxiety. This is why a group of heart patients were chosen who were supposed to undergo a cardiac surgery. They were given a 20-minute reflexology treatment daily for a period of 4 days.

Results showed that people were in a much better emotional state with reduced anxiety about the surgical procedure after receiving treatment. This confirmed that human touch certainly reduced anxiety and relaxed the patients.

Reflexology is known to be a safe, non-invasive, risk-free treatment. Since it aims at inducing comfort in people dealing with daily stressors or major health problems, it has gained popularity for its effectiveness overtime.

However, if you’re suffering from particular medical conditions such as these, it’s better to proceed with a doctor’s approval:

We now provide direct billing through TELUS Health. The TELUS Health’s eClaims solution allows us to submit claims on your behalf immediately after the service has been provided.

Please be prepared to pay for your visits in the event that your insurance povider will not cover your treatments. We are unable to provide you with a credit to be paid for at a later date.

In accordance with MTAA regulations, receipts cannot be issued:

Please note that direct billing for some insurance plans may not be available on weekends.